This weekend we went to Odessa with all of the Carroll side of the family to attend a symphony concert where Uncle John was being presented an award.

Any time we go on a long trip, I briefly worry wondering “What if the car breaks down?”  The kids and I went to pick Chris up from work on Friday afternoon and as soon as we pulled into his work parking garage, the van started making noises and felt like it was driving funny.  We decided to try to go ahead, but as soon as I put the van in reverse there was a loud sound and it felt like something had fallen off under the engine. Chris got out and ripped this plastic piece off.

After that, everything was good. And off we went!  Nothing like tearing stuff off your car before a road trip! 🙂

We stopped for dinner in Abilene. I had told Chris that we should go to McAlister’s so I could get a tea. I didn’t really expect him to go there. But he did. So I got a tea.  Blurry picture while driving.

Then we went to Subway for some sandwiches. See, trash! 🙂

And the twins wanted McDonald’s.

After stopping at three places, we wound up eating in the van. Fancy!

Back on the road, I enjoyed the windmills and sunset.  I took these pictures while driving at 80 miles an hour.  I’m lucky they turned out fairly decent.  Driving and taking pictures is an adventure! 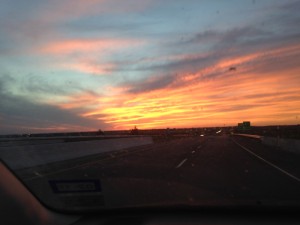 Any time we stay in hotels, the kids have a blast!

On Saturday morning, we had breakfast with the family at the hotel and then everyone went to our room to hang out. 16 people in the room. You’d think it would have felt nuts, but there was plenty of room. Even for the kids to play around.

Then we went to a playground to let the kids play. 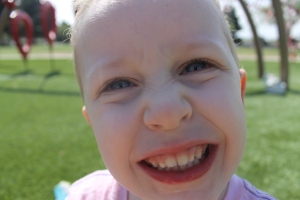 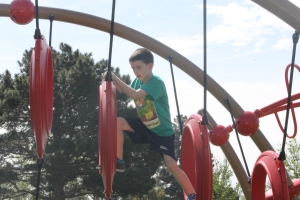 And we had a yummy picnic lunch. 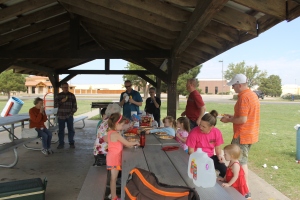 That night was the concert. We took 6 young kids, and they rocked it! 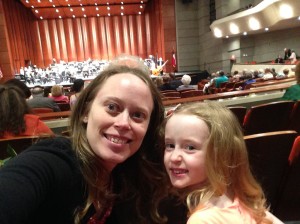 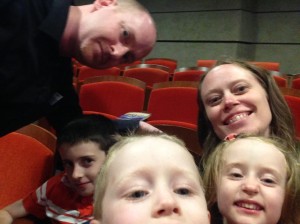 Afterward there was a reception for Uncle John.

On the way home on Sunday, I enjoyed more windmills.  I love those huge windmills! 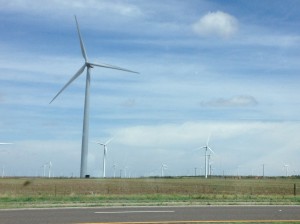 It was a great weekend with family!

One thought on “Odessa”