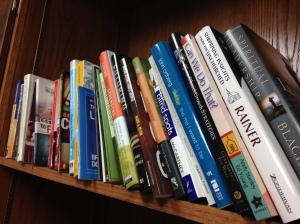 I like keeping a list of the books I read each year.  Mainly because it’s good to look back at so I don’t re-buy books I’ve already read (horrible memory!), but also just because it’s fun to look back at the end of the year, think about what I learned, the memories associated with books, etc.

So without further ado, here is my list so far with my rating for each book (1 = don’t ever read this!, 10 = best book ever! Go buy it now!).  I will come back and update the list as I read more throughout the year.

The House at Tyneford by Natasha Solomons – 6

Maximize: How to Develop Extravagant Givers in Your Church by Nelson Searcy – 9

Secrets of a Charmed Life by Susan Meissner – 9

Unclean: Meditations on Purity, Hospitality and Mortality by Richard Beck – 8

The Boys in the Boat by Daniel James Brown – 5

Contagious Generosity: Creating a Culture of Giving in Your Church – 8

The Girl on the Train by Paula Hawkins – 7

A Fall of Marigolds by Susan Meissner- 8

At the Water’s Edge by Sara Gruen – 6

The Generosity Ladder by Nelson Searcy – 6

The Baker’s Daughter by Sarah McCoy – 7

The Storied Life of AJ Fikry by Gabrielle Zevin – 7

Once Upon a Summer by Janette Oke – 6

House of Silence by Linda Gillard – 8

Starring Sally J.Freedman as Herself by Judy Blume- 7

Can We Do That? by Andy Stanley and Ed Young – 5

Whispers and Lies by Joy Fielding – 8

Playing for Pizza by John Grisham – 5

Shadow and Bone by Leigh Bardugo – 9

Dragonfly in Amber by Diana Gabaldon – 8

For the Love by Jen Hatmaker – 7

Turn Your Church Inside Out: Building a Community For Others by Walt Kallestad – 8

The Yeti Files: Meet the Bigfeet by Kevin Sherry – 5

Drums in Autumn by Diana Gabaldon – 7

Ready Player One by Ernest Cline – 7

The Royal We by Heather Cocks and Jessica Morgan – 9

The Martian by Andy Weir – 9

When Mockingbirds Sing by Billy Coffey – 7

The Good, the Bad and the Grace of God by Jep and Jessica Robertson – 5

Blood and Snow: Book One by Rashelle Workman – 6 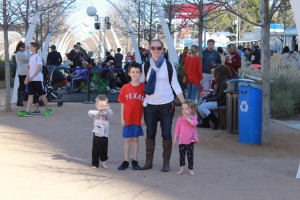